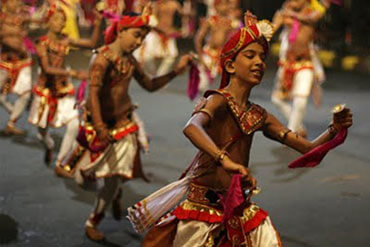 Sheltered in the foothills, 15 km northeast of Tissa, is Kataragama.

A compelling mix of pomp and procession, piety and religious extravagance, this most holy of towns is a shot of oriental thrills at the end of an island-wide pilgrimage.
Along with Adam’s Peak (Sri Pada), this is the most important religious pilgrimage site in Sri Lanka and is a holy place for Buddhists, Muslims and Hindus alike. 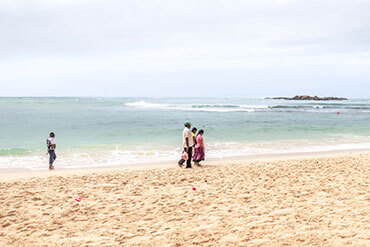 Unawatuna is known for the fine sandy beaches, and is a beloved town for beach holidays.
In Unawatuna You can visit the Buddha temple, located on top of a cliff with a spectacular view.